Teaching English in Schools: How Should we Group Our Students? 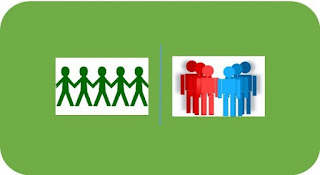 In schools, the group composition for teaching English poses the dilemma of whether to have multilevel classes or group students according to their knowledge of English.

Some of the reasons why schools may resist the idea of ​​ convening students according to their knowledge of English, which may imply mixing students from different school grades, are the following:

But are these arguments solid enough not to promote the formation of groups according to students’ English proficiency?

Most of the time, adopting a multilevel system to compose groups in schools responds to administrative reasons. However, maximizing opportunities for effective English learning should be a priority and a very valuable investment rather than an administrative issue.

Two Heads Think Better Than One
or Don’t They?
By Flor de María Vila 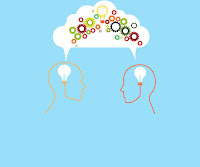 We have been told that, especially when learning a language, students need to interact in order to accelerate their learning, a point that has been demonstrated time after time. However, we have also found cases in which students either take longer together or do not show any real improvement. Thus, working in pairs or in groups may not be as useful as it seems, may it?
I would say “yes”, and “no”.  I would even say that it depends on many aspects. Do you know which ones? Let´s try to proceed a little further. Help me by answering the following questions:
1.    Does everybody work at the same pace?
The inescapable answer will be negative. Everybody takes different times to assimilate what they learn or to process information and integrate it into their store of knowledge. Each person decides what to do and when to do something only once they feel comfortable enough to do it.
2.    Does everybody have the same language level?
This is clear as crystal: pupils show different levels of competence of the language, even if they are in the same class. Definitely, our students will show a common level of understanding that can allow us introduce them to new knowledge, but we do realize that these differences will show different outcomes.
3.    Does everybody feel comfortable working with somebody else?
The first reservation that comes to my mind is whether students are extraverts or introverts. Even though there is no direct connection between personality type and language performance,1 we are aware that these types make it more likely to prefer to work in a certain way or another.
4.    Does everybody have the same background?
The sources of knowledge vary and they are directly linked to the environment in which each individual is involved as well as the type of input to which learners have been exposed. 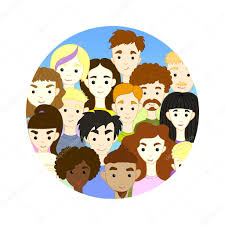 5.    Does everybody learn in the same way?
The logical answer would be “no” and probably many concepts would come to our minds. Students are attributed to have different learning styles2 or cognitive styles3. We could also consider the different ways of constructing knowledge4, which are  directly associated, for example, to the students´ current stage in their knowledge of the topic, their phase of development, their reasoning abilities, as well as their cultural background. In fact, we can even recall the famous 8 types of intelligences proposed by Howard Gardner, since based on them we probably have adapted our approach to teaching.

I do believe that the big question relies NOT on whether students should work individually or with other people but on when they should work individually and when working in groups or in pairs would be a better choice. Both ways have advantages and disadvantages, and we need to consider both to be complementary in the classroom in order to provide ample opportunities for the construction of knowledge and thus for learning a foreign language.

When do our students need to work on their own?
Possible situational advantages:
1.    When they are presented complex concepts: students need to be allowed to integrate them at their own pace. Once they have processed them, they will be ready to interact and reinforce their knowledge or to complete the scheme in order to understand better and integrate these concepts to their knowledge.
2.    When they need to understand basic notions such as the irregular forms of verbs in the past. They will need to try different strategies to file that information and be able to recall it when necessary. I found it difficult to accelerate this memorization by just interacting with others. One can put into practice what has already been processed and understood. Otherwise, it may look like trying to dance tango by just following the music without having first tried the steps on your own.

When do our students need to work in pairs or in groups?
Given the nature of language learning, students will necessarily have to work either in pairs or in groups since interaction and exchange of ideas foster the process. Learning in social contexts is meaningful and it occurs when individuals are engaged in social activities such as the ones done in cooperation with other people, peers or the teacher. FURTHERMORE, working with somebody else gives the chance of being exposed to other points of view and a friendly feedback received can help to improve and develop the first generated conceptions (5).
In any case, guidance is necessary. We have to take the role of guides or facilitators since knowledge cannot just be transmitted magically. Whether they are simple or complex concepts, we need to find ways to help our students construct their own concepts.
Let´s keep in mind that some students in the classroom may grasp new info quickly while others need to struggle with it for a while. Thus, we have to monitor what students do and how they do the tasks assigned in order to ensure that everybody benefits from the process. 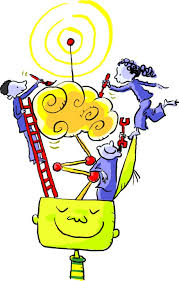 Helping our students learn a foreign language is our ultimate goal. In order to achieve that we try different methods of teaching, and a variety of strategies; we use a diversity of resources to make sure that our pupils are exposed to different kinds of input with the purpose of attending different learning preferences as well as keeping them motivated.

In which other cases do students need to work in pairs, in groups or individually? Can you share your views?

TO BE (contextualized) OR NOT TO BE? That is the question! 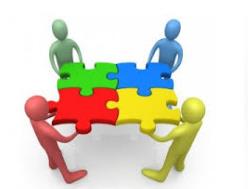 Since men started to inhabit the world, we have tried to develop ways to communicate with each other orally. Thus, different human groups developed diverse languages. In order to connect with other groupings, at least some of the individuals had to familiarize themselves with the language of others. And that is how, through history, so many systems and approaches to teach foreign languages have developed.

Admittedly, some systems were more effective than others, but, in the end, they all achieved their purpose and responded to the reasons why they were created. For example, in the late 19 century, behaviorist theories, combining elements of philosophy, methodology and psychological theory dominated society and determined the way a second or foreign language should be taught. Nevertheless, eventually cognitivist views took over establishing that human beings’ behavior adjusts to the cognitive and to the expectations of what is known. Since learning began being considered a process which brings about the adaptation of significances in the interior of the minds, new proceedings had to be established for the teaching of second/foreign languages.

A number of approaches or systems for the teaching of new languages were created and used, mostly related to the psychological theories prevailing in the time. And they all produced a result. Thus, we arrive at the 1970’s with the advent of the Communicative Approach with the theory that the best way to learn a language is practicing and using it in a meaningful way, this is, really for purposes of communicating something instead of studying the language just as a body of words, sounds, and systems.

Together with communicative language came the issue of Contextualization that is providing learners with language items “into a meaningful and real context rather than being treated as isolated items of jargon for language manipulation practice only.” (British Council, 2006). Halliday defines it as “the events that are going on around when people speak,” in other words, it refers to the situation in which people speak. Spolsky accentuates the importance of social context. He remarked: “…a social context results in learners having different attitudes towards the situation they are in or at least perceive themselves in. This leads on to a higher motivation in learners, which in the case of a task helps learners to focus on it and solve it.” And then he added: “In the model the motivation and other aspects of the pupils’ personality lead to learning opportunities. The context itself can also offer learning opportunities.” 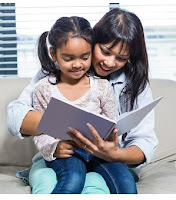 So, for the first time, language was being used in classroom teaching for its communicative function and not just as raw material or educational matter for learning the subject of “language”. Roland K. Yeo et al supplement that learning language in context permits: “Through an integrative framework, we demonstrate that the interplay of cognition, behavior, and context offers insight into how and why learning occurs at multiple levels.”

In spite of this, it has been contended for a long time that textbooks present language that is a poor representation of the real thing. David Crystal & D. Davy (1975) see it as: “far away from that real, informal kind of English which is used very much more.” (Crystal & Davy 1975: 2) Crystal, D. & D. Davy (1975). Advanced conversational English. Harlow: Longman)

At any rate, the magic wand to teach foreign languages quickly, effortlessly and ultra-effectively is yet to be found. The best advice is still “Use out of each method those things that work for you and your students.”

And now it is your turn:
What do you think about contextualized language teaching?
Do you employ it? Habitually or sporadically?

BIOGRAPHICAL DATA
Graduated in Journalism at the PUCP, Peru, Enrique Rojas R. holds a MA in Journalism and MA in Inter American History from Southern Illinois University, USA; an MA in Literature from University of the Americas, Puebla, Mexico, all the coursework for a MA in TEFL at Universidad de Piura, Peru and BA in Education from Universidad Federico Villarreal. He has also obtained Certificates of Proficiency in English both from Cambridge University and the University of Michigan and the Diploma for EFL Teachers from Universidad del Pacifico. He is an Oral Examiner for the Cambridge University exams and has been awarded the title Expert in E-Learning from Asociacion Educativa del Mediterraneo and Universidad Marcelino Champagnat. He has worked as a professor in universities in Peru, Mexico and the United States; as a newscaster and a producer in radio and television stations in the United States and Mexico, and as a writer and editor in daily newspapers of the same countries. He has been in the staff of CIDUP for 19 years teaching English and Spanish specializing in International Exams, English for Business, ESP and Teacher Training. He has been a speaker in every Congress of English for Special Purposes organized by Centro de Idiomas de la U.P. He is also a member of its Research Area.
Publicado por LanguageTeachingBloggers en 07:00:00