Why are International Exams Important? 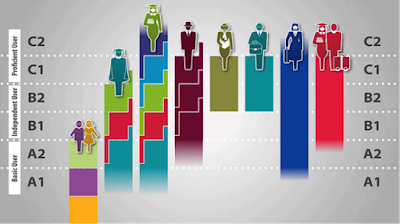 The international English standardized exams have gained notorious importance in Peru, as well as the other countries in Latin America, and all over the world. What is the real reason for this? None other than the need to have a valid method of appraising the extent at which learners are able to understand and speak the language of Chaucer and Whitman.

First of all, a fairly accurate unit of measurement was required. The old classification of beginner, intermediate and advance wasn’t holding the water. There were no precise boundaries between these, and other intermediate subcategories like pre-intermediate and upper-intermediate, for example. Each educational institution would set its own requirements for upgrading to the next subcategory or category and establish their own labels as to what an individual in each of the brackets should know. The ensuing problem sprang, not surprisingly, when a student went from a school to another and their knowledge did not reach their expectations for the tag they bore or surpassed them widely. There was no way to know how much a student knew short of sitting them to an English exam.

BABEL’S EUROPE
Multilingualism is common for the countries of Europe, particularly in nations such as Switzerland, the Netherlands or Belgium. So it is no surprise that the Swiss Federal Authorities, in the Swiss municipality of Rüschlikon, were pioneers in organizing an intergovernmental symposium to look for the objectives, evaluation and certification of language learning in Europe. This meeting, held in 1991, found the need to develop a common European framework for languages to improve the recognition of language qualifications and help teachers to operate under the same basic parameters.  A project to develop language-level classifications for certification to be recognized across Europe ensued.

They were certainly not alone. The Council of Europe had been working since 1989, and continued until 1996, in their project "Language Learning for European Citizenship" with the purpose of providing a method of learning, teaching and assessing that could be applied to all the languages in Europe. Continued deliberation and labor eventually led to the development of the Common European Framework of Reference for Language Learning, Teaching and Assessment which is the result of the collaboration of many members of the teaching profession across Europe and other places. It was in 2001 that the European Union Council recommended using the CEFR to set up systems of validation of language ability, an initiative that it is becoming widely accepted as the European standard for rating an individual's language proficiency. The system endeavours to put forward a clear, coherent and complete basis for the elaboration of language syllabuses and curriculum guidelines, the drawing of teaching materials, and the evaluation of language aptitude.

The English University of Cambridge established UCLES (University of Cambridge Local Examinations Board) as early as 1858 (a similar organization had been set up by the University of Oxford one year before) to set school leaving examinations for non-members of the university and began the first overseas examinations in 1864. They started to develop different tests for diverse levels of speakers. By 1955 they were conducting over 100,000 examinations.
With the advent of the 21st century and the establishment of the CEFR, the British exams turned to reflect English speaking abilities expressed in their six categories. There are no passing or failing grades, just a description of what the exam takers are capable of doing. 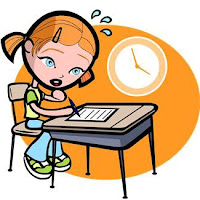 THE AMERICAN VERSION
Across the Atlantic there is another huge organization dedicated to administer a variety of English proficiency exams. It’s the Educational Testing Service that claims to score more than 50 million tests annually in over 180 countries. They’ve been delivering tests since 1947. Among them are TOEFL, TOEIC, GRE, SAT. The popular and well known TOEFL was designed to establish whether the candidate is able to conduct undergraduate or graduate universities studies in English. It went from a hand written version to a computerized one and now an internet based variety. Although it wasn’t put together around the CEFR, its results can be measured in terms of it.

BIOGRAPHICAL DATA
Graduated in Journalism at the PUCP, Peru, Enrique Rojas R. holds a MA in Journalism and MA in Inter American History from Southern Illinois University, USA; an MA in Literature from University of the Americas, Puebla, Mexico, all the coursework for a MA in TEFL at Universidad de Piura, Peru and BA in Education from Universidad Federico Villarreal. He has also obtained Certificates of Proficiency in English both from Cambridge University and the University of Michigan and the Diploma for EFL Teachers from Universidad del Pacifico. He is an Oral Examiner for the Cambridge University exams and has been awarded the title Expert in E-Learning from Asociacion Educativa del Mediterraneo and Universidad Marcelino Champagnat. He has worked as a professor in universities in Peru, Mexico and the United States; as a newscaster and a producer in radio and television stations in the United States and Mexico, and as a writer and editor in daily newspapers of the same countries. He has been in the staff of CIDUP for 18 years teaching English and Spanish specializing in International Exams, English for Business, ESP and Teacher Training. He has been a speaker in every Congress of English for Special Purposes organized by Centro de Idiomas de la U.P. He is also a member of its Research Area.

Is There Such a Thing as a Gap Between Teachers And Students? 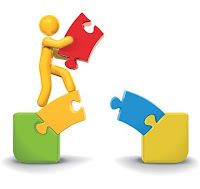 Whenever it comes to teaching English, teachers have to face a number of challenges. To start with: are we qualified enough to apply for those positions required in the current market? If so, do we have enough life experience as to speak the same language our students speak? Normally students from expensive bilingual schools have a wide knowledge of the world, not only because of their economic status that often enables them to travel abroad, but also because the teaching tools used at their schools are brand-new. In cases like this, having proficiency of the language is a must, but what about our knowledge of the world? What about general culture? What about conversational strategies not to mention class management?

I have delivered workshops along these years and have been able to see both sides of the coin: teachers who are really committed to do their best and teachers for whom teaching is just a means to have good status and social contacts.

Teachers’ salaries and working conditions are not exactly the most attractive in the market. Besides, this is a never-ending job: once you finish your formal working hours, you have to start thinking about planning, making adjustments to your teaching, revising exams, attending meetings…the list is endless.

WHEN BEING LESS PREPARED THAN YOUR STUDENTS IS NOT AN OPTION
Being computer literate is only one of the options at our disposal (see article on April 5th). This implies more than being a traditional teacher or being tuned with the 21st century student who is almost always connected online.  This, in turn, means that teachers should be willing to attend digital literacy training, ed-tech forums, using clouds to share material, among endless possibilities our students are familiar with.

HOW CAN YOU BRIDGE THE GAP?
First of all: Be always one step ahead. Update your knowledge of the language; attend courses, seminars, workshops, congresses, whatever may contribute to enhance your teaching skills.

Secondly: live in the real world: get familiar with the latest TV series, video games,  singers, starlets, and take examples from them to be discussed in class from any angle: debate, agreeing or disagreeing, simple exchange of ideas, forum discussions, ice breakers. Eventually, this effort will allow you to know your students better and you may share common interests.

It is a must for teachers not to be left behind. It is true that there is a shortage of qualified teachers to be in charge of specific subject areas, but it is also true that teachers are not motivated enough to work in the schools where they are needed. Why? Because of inadequate working conditions and environment, lack of sense of achievement, recognition... those are important factors to bear in mind.   We would love to teach in institutions where our teaching is appreciated and where students are eager to learn as well. It would be really a shame to work in a place where students are more knowledgeable than us, knowing that would mean an instant loss of respect towards our figure as teachers.

What about you?
How would you bridge any existing gap between your students and you?
What drives you to be a more effective teacher?

Biodata
Zarela Cruz graduated from Ricardo Palma University as a translator.  She also finished her master’s studies in Linguistics and took some specialization diplomas in English and Spanish. She has also completed a number of online certificates:  Teaching the Working Adult, Online, Hybrid and Blended Education, among other self-study courses. She has taught different courses, programs and levels and has been a teacher trainer, a lecturer and online instructor. This article aims to reflect on the role of the teacher in the current market.